While you are in Crimea why not to take part in jeep safari trip up into the mountains and visit the famous Dzhur-Dzhur waterfalls?

Dzhur-Dzhur is the most powerful fall in Crimea : Their average long-term discharge of water is 270 litres a second . It does not run low even in the driest season.

Behind the village of Generalskoe , located in a beauty spot, there is an amphitheatre. Majestic mountains rise: in the northeast Karabi-Jajla, in northwest, Demerdzhi and between them a huge bridge locates the crest of mountain Tirke.

The open ex-Soviet military jeeps will take you to the Valley of Ghosts with numerous collections of stone sculptures on the slopes of the Southern Demerdzhi mountain located near Alushta city.

Above the falls, along the river for approximately one kilometre,   a picturesque panorama of cascades opens, the penultimate and last of which have a height of 28 and 60 metres respectively. Nearby there is cave, Dzhur-Dzhur, which is 750 metres long.  It is surrounded by a wood in which hornbeam, beech, oak,  linden,  mountain ash and kizil grow. There is also a wood two centuries old where rocky oal and Crimean pine grow. 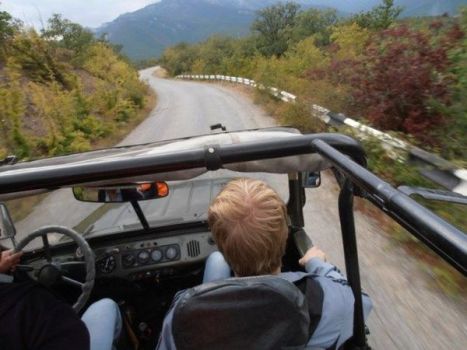 The shapes of stone figures resemble human figures, animals, mysterious creatures, objects, and, depending on time of day and lighting, their images are constantly changing. In addition thick fog is common there. 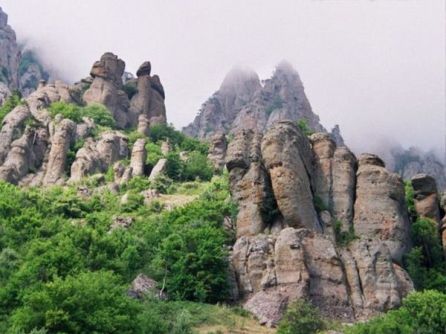 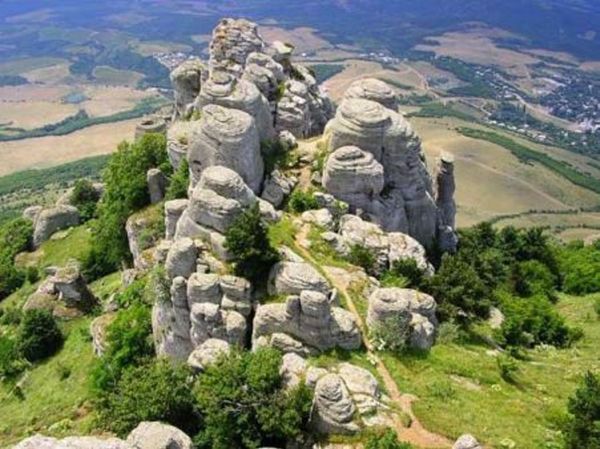