The main → Medical rehabilitation, What is happening in Crimea → THERAPEUTIC MUD 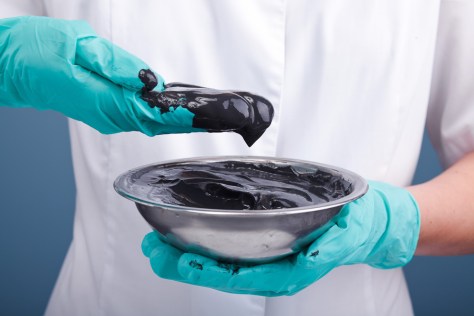 Mud: humans have been fascinated with it for thousands of years. While it’s a substance that you’ll find it hard to keep children away from, there are also plenty of adults who extol its virtues.  Therapeutic mud baths and rehabilitation mud treatments have been with us since ancient times and examples of mud “spas” from very early history can be found across most cultures. In the fifth century BC Crimea was already making a name for itself as a resort for rest, relaxation and restorative spas. Admittedly that name was not Crimea but “Tavrika” – the ancient name for the Peninsula. Herodotus, a Greek historian described the use of mud in Tavrika as a curative, while Pliny the Elder described Tavrika as the “land that cured”. Pliny was no doubt referring to the many beneficial qualities of the region, along with the famous mud treatments. Archaeological work in the region has also yielded a number of artefacts associated with shrines to deities linked to healing. Crimea has clearly long been associated with healing and health. 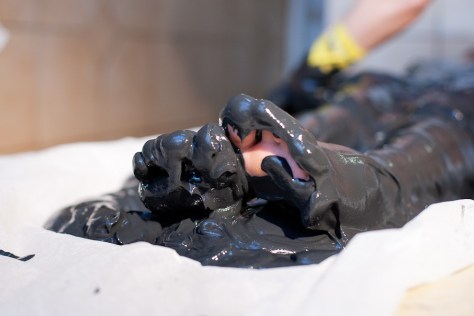 So what’s the secret behind mud treatments and how can they help treat illness? The secret to spa mud treatments is that not just any old mud will do. Mud, sediment and the minerals it contains is developed over many years in lakes and seas. Depending on the climate, natural elements present and conditions within the body of water, the sediments that form mud vary from location to location. The sedimentary process in lakes and seas is a slow one, with the mud settling over many years creating a blend of different elements and in some cases this includes beneficial minerals. In Crimea one of the most famous lakes where mud-treatments have long been established is close to Saki. 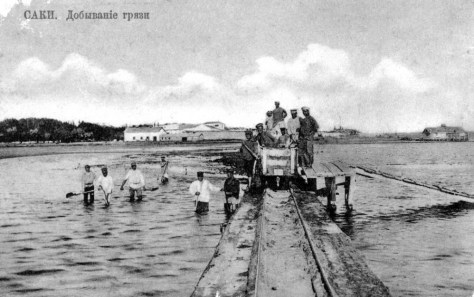 Here the water is high in salt content and the sulphides and compounds that develop, along with natural bacteria within the sediment, are found nowhere else on earth. Saki mud is thick, sticky and black and has been the basis for healing and health treatments in the region (and wider Russia) for two centuries, at least. One of the earliest health spas in modern era Crimea was established at Saki in 1827 and was quickly joined by an outpost from the local military hospital. 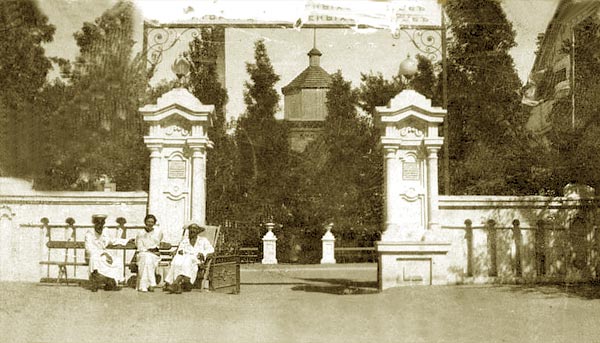 Back then Saki was little more than a humble fishing village but is now a large town with a broad range of facilities and tourist opportunities. Although both World Wars briefly interrupted the operation of the Spas they were soon re-established and continue to operate to this day. 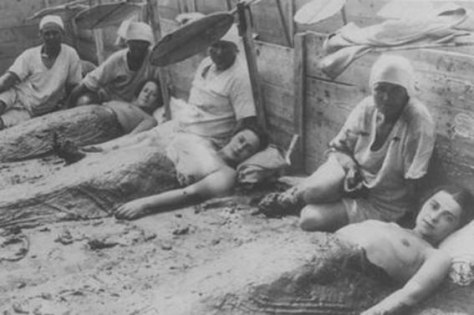 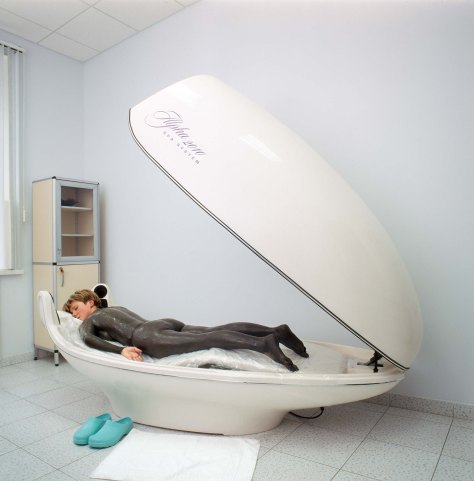 Mud acts on the body in a warming, therapeutic manner. In regions where the natural sediments are imbued with large quantities of minerals and other active components, this creates the perfect mixture to treat a number of health problems. The high content of minerals and salts in the muds from Lake Saki create the perfect combination for the ultimate muscle soak! Mud, with high sulphide content, is believed to be very effective at relieving aches and pains and is a well established practice. Mud also has a natural anti-inflammatory effect, which makes it particularly effective for those with a range of joint and muscle related conditions. Even difficult to manage conditions, like arthritis, are aided by mud bath treatments and generations of Russians (now joined by Europeans) have visited Crimea to help relieve symptoms of this and many other illnesses. 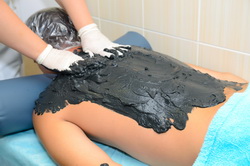 The mineral soaked mud is also considered a beauty treatment, enriching and renewing the skin while also helping to remove toxins from body. The minerals found in many Crimean spas include sodium, magnesium and potassium, all of which are highly beneficial for the skin.   It’s these qualities, in particular, that are believed to account for mud-treatments effect on a number of skin conditions. Psoriasis and Rosacea are two conditions in which mud treatments have been shown to help reduce symptoms and also help to eradicate. Mud-treatments can also work as the ultimate cleansing and moisturising technique for your skin and body; with centuries of knowledge and climate and scenery to dazzle, it’s no surprise that Crimea is the perfect location in Europe to relax, recover and restore your health. 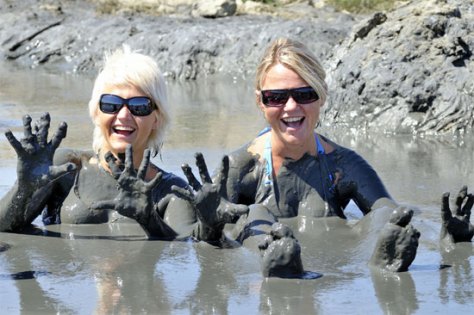 Heading:   Medical rehabilitation → What is happening in Crimea