The main → Crimean legends, Extreme sport, What is happening in Crimea → The Valley of Ghosts

The Valley of Ghosts

Where is it possible to combine business with pleasure during the summer holiday? Of course, in the Crimea! Unique in its characteristics Peninsula combines the warmth and beauty of the Black sea and grandeur and power of the Crimean mountains. Here, everything is possible. Soak up the sun on the beaches of Feodosia. Jump to the big rocks in Simeis. Scuba dive, catch fish, sunbathe. Well, in addition to go hiking route with an organised group hikers; fly with paraglider, jump off a cliff with a rope or a rubber band, and so on. 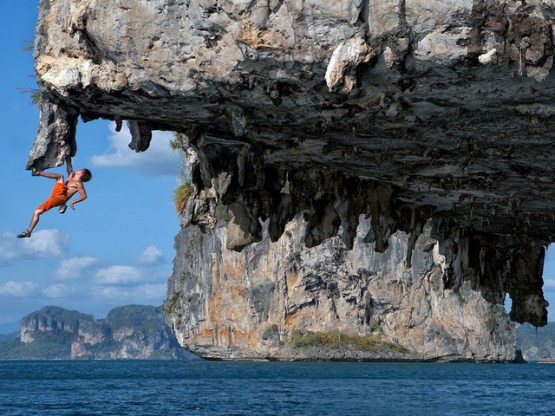 And one of many  mysterious must-see places in Crimea is the Valley of Ghosts with a numerous collection of stone sculptures on the slopes of the Southern Demerdzhi Mountain located near Alushta city.

The shapes of stone figures resemble human figures, animals, mysterious creatures, objects, and, depending on time of day and lighting, their images are changing. In addition thick fog is common there. 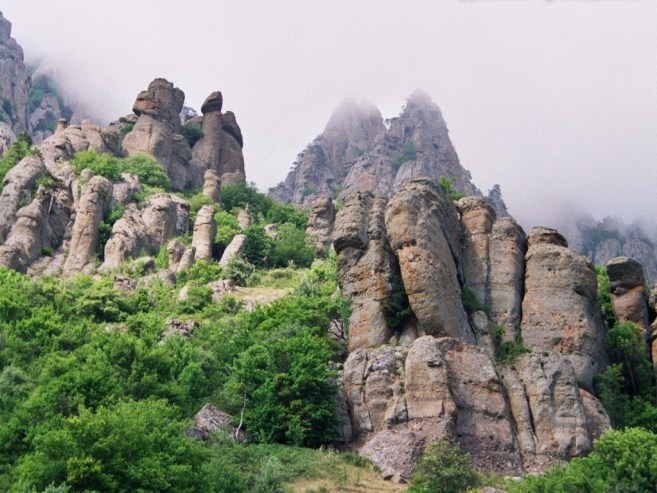 There are more than a hundred such “ghosts” in the valley. The Valley of Ghosts is Crimean natural monument of national importance. 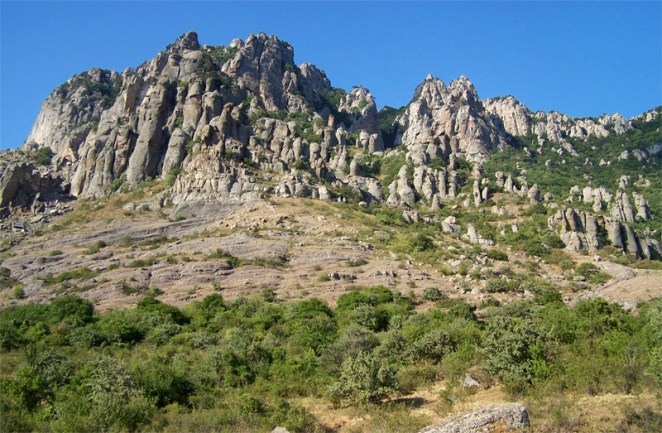 Valley of the Ghosts is called stone figures, which were formed by the weathering of rocks on the southwest slope of Demerji Mount, which is not far from Alushta. Demerji Mountain is one of the most beautiful on the Crimean peninsula. With Tatar its name translates as “blacksmith”. In ancient times, the mountain had a different name – Funa. It was located on the slopes of the castle of the same name, the remains of which have survived to the present day. Near the castle is a road to the Valley of ghosts. 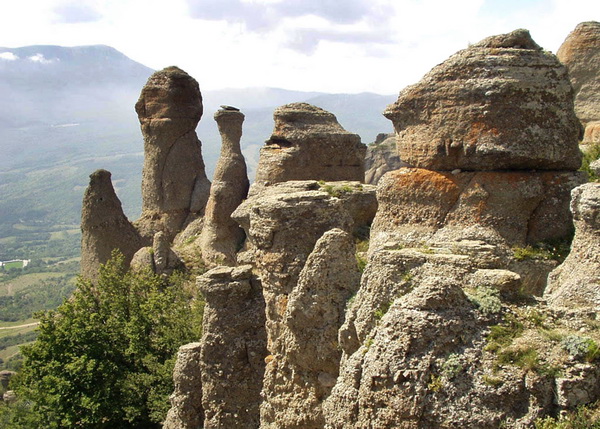 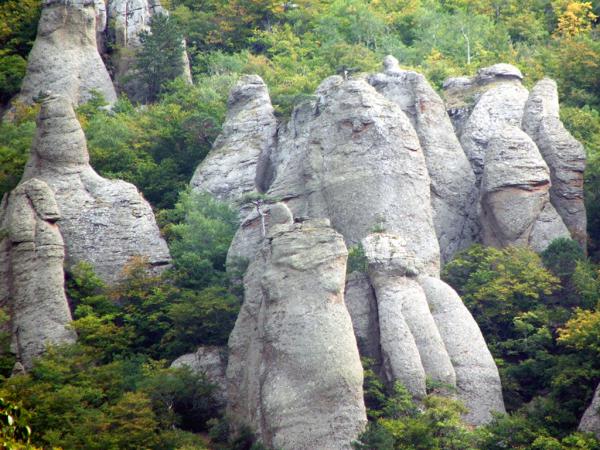 Mountain remains a mystery to scientists, during the day they made several changes its colors, and its bizarre rock reminiscent of silhouettes of running people and animals. 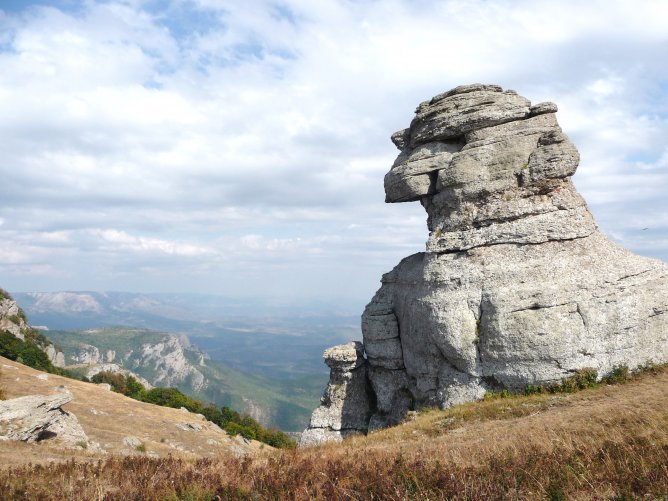 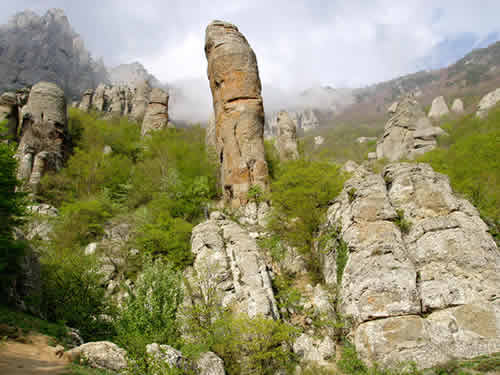 There are many legends from this place, one of them says that the nomads of the steppes, created on the mountain forge, enslaved the local peasants and forced them to work hard, to the point of exhaustion and even to death. One day a girl from village came up to the bellwether and asked him not to torture of people. But the bellwether wanted in return girl’s love, she turned him down and villain cut the girl with sword. Mountain does not endured such abuse, a dormant volcano inside her awake, and clubs of  lava turned everyone who was on the mountain in stone. 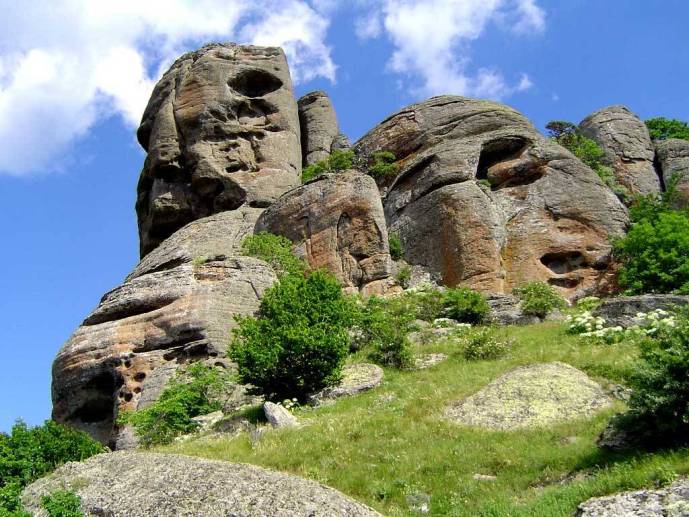 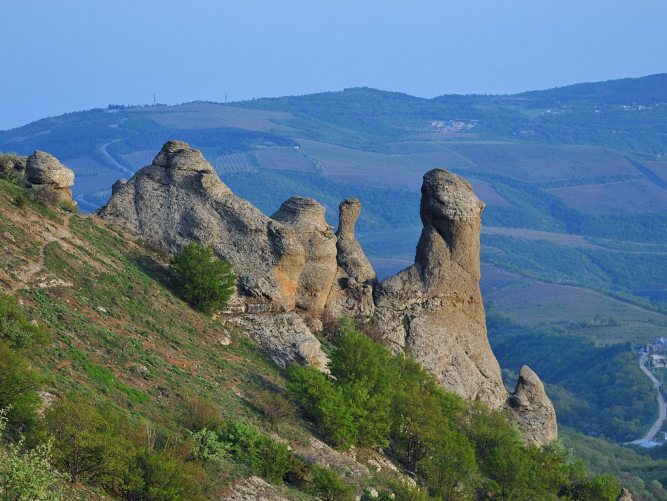 Special mystique to this place gives a dense fog. Many stone statues got their name here, so the figure looks like a woman’s bust is called “Profile of Catherine II», boulder height of 25 meters – is the Giant. The real value of this valley are the pebbles and boulders, which are the oldest rocks billions of years old. To date, the Ghost Valley is a monument of national importance. 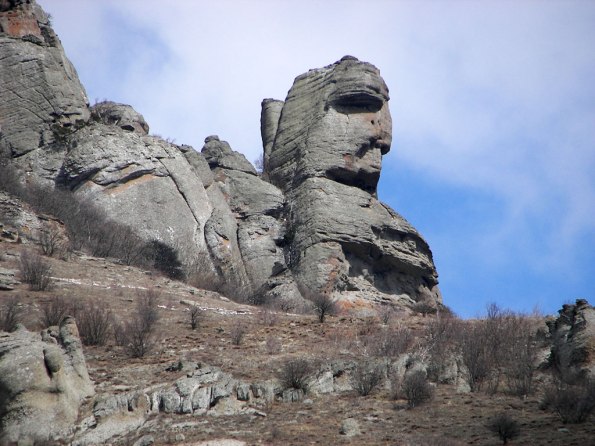 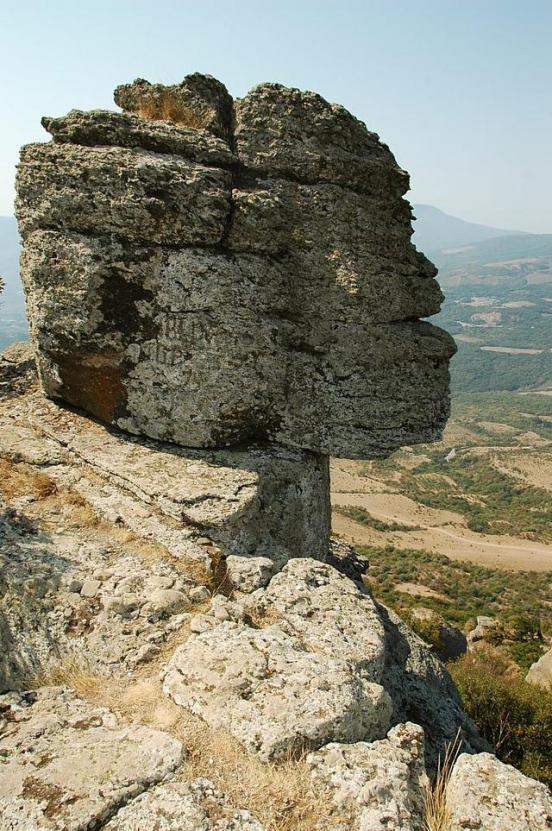 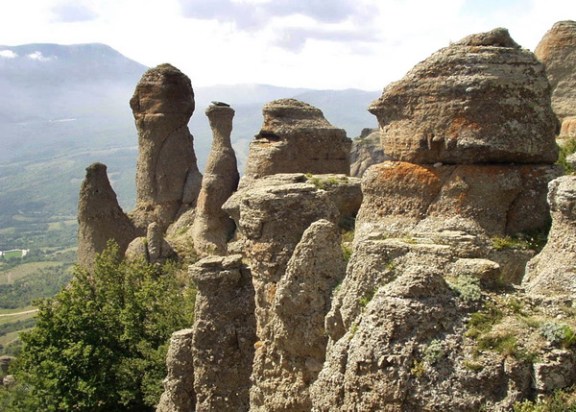 Heading:   Crimean legends → Extreme sport → What is happening in Crimea