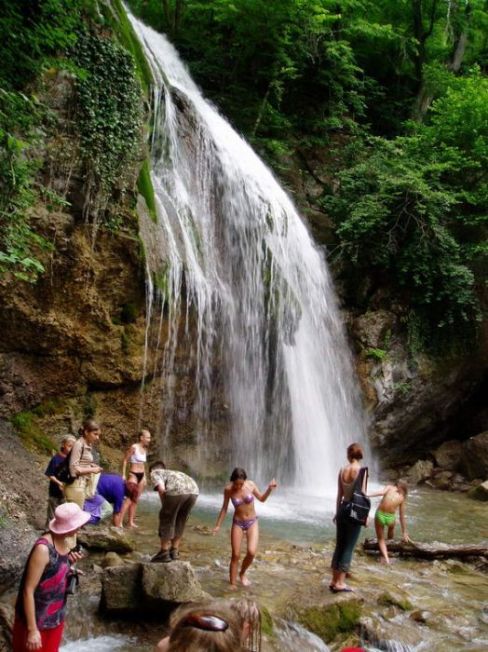 #2seecrimea
“Lake of Youth ” legend
Watercourse under the Ai-Petri mountain in Crimea
Between Alupka and Mishor on the mountain river Hasta-bash in ancient times lived an elderly couple. They were plagued by one thought; where to get money to arrange a decent burial?The old man decided to go to the mountains several times, to collect dead wood in the forest, to sell it at the market and buy everything he needed for the funeral.
The next day the old man went into the mountains. Chopped up a large bundle of firewood and put it on his back, grunting and stumbling the old man went down a hill.
And he came to one of the sources that gave rise to the river Hasta-bash. The old man took a break and throwing wood on the ground, began to drink greedily.Then the old man fell asleep, leaning back against a pine tree.Meanwhile, the old woman, without waiting for the old man decided to go to the forest to search for him.When she saw a man carrying a bundle of wood, she did not recognise him as her husband and asked him:- Young man, did you meet my old man in the woods?- Why, — said her husband — are you blind from old age, can you not recognise me?- Do not laugh at me, young man — the women said

And then the old man realised that he drank water from the fountain of youth, which his grandfather told him about.He then explained everything to his wife. The old woman of course, immediately wanted to drink some water too.Her husband explained to her how to find the source, and went home.

Busy with his work, he did not notice that it was night already. Then he ran down the mountain to look for the old woman. But he couldn’t find his wife anywhere. Suddenly he heard a child crying in the bushes. Picking up the child, he speechlessly  surprised that a child wrapped in the rags of the old woman …

It was found that the women with the usual greed for young  drank too much water from the miraculous source under the mountain Ai-Petri.

Nowadays people go there to try to regain their youthfulness. 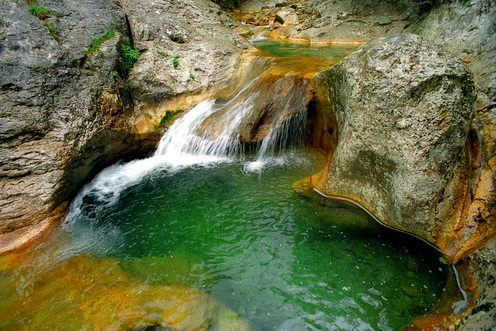 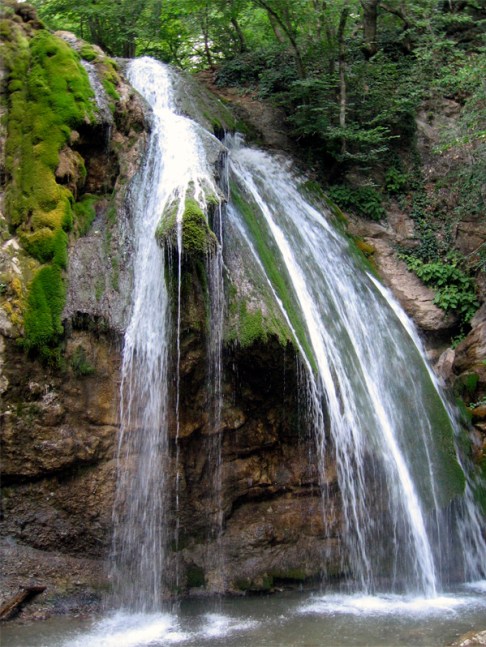 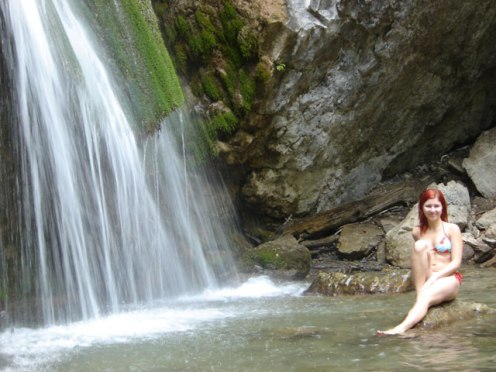 Heading:   Crimean legends → What is happening in Crimea